Odometer is at 19,211. Sucio is purring like a kitten, thanks to Comanche Cycles in Simi Valley, CA!

Today’s route was pretty straight forward, even though the road was mostly straight, it had enough curves and slight rollers to keep it interesting. Not even close to being a big boring interstate: 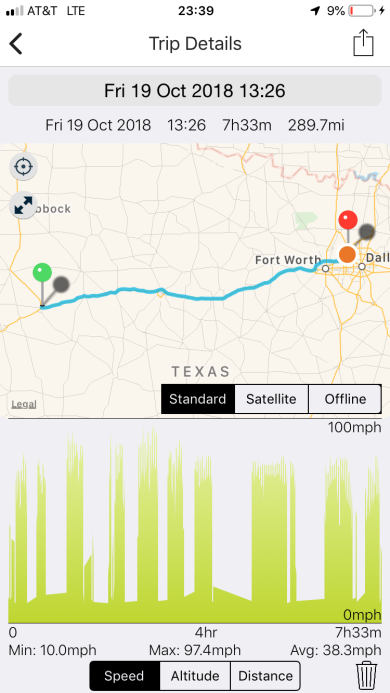 Oh, it rained, just a bit. I’m loving Carrot for iOS , snark and all! 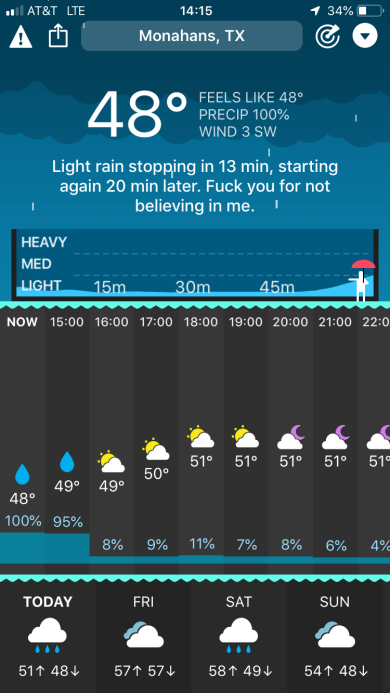 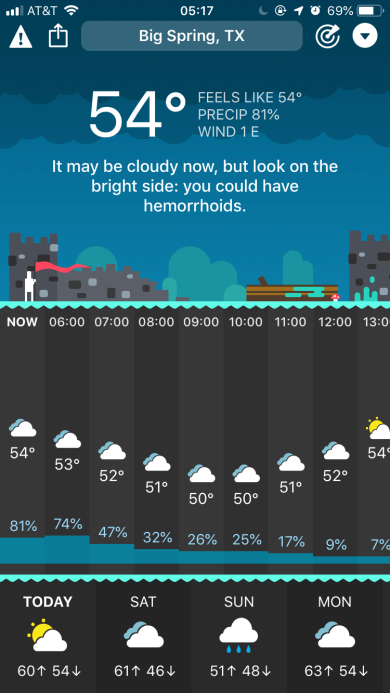 The rain ruined my iPhone charging setup. The SAE to USB adapter rusted out. So did the long cable I had attached to it. Both went into the trash.

I think I’ll use my power packs for now, and get the bike wired so the USB cable is under the seat as some have suggested.

Is it me, or is Sucio looking happier than a pig in shit ?!

While I was at a gas station, I met some Kinfolk MC guys (1%) who were riding to Dallas. They allowed me to hang with them since I was heading in the same direction. Of course I stayed in back out of respect to their group.

This was the first time riding side by side, instead of staggered. Somehow it felt safer than staggered. Despite doing 75 on wet highway roads. It was an awesome experience.

On the next gas stop we saw some Infidels MC guys. For some reason I thought they were a 1% club too. I didn’t know what to expect. The guys in the two clubs didn’t know each other, but they were quick to meet and greet. Man the level of brotherhood was awesome to witness. #respect

The Kinfolk MC leader gave me his card, told me to keep in touch, and I do plan to. Out of respect I won’t show the other side that has the leader’s contact name and number. After topping off we headed back on the road and I peeled off a few miles later. 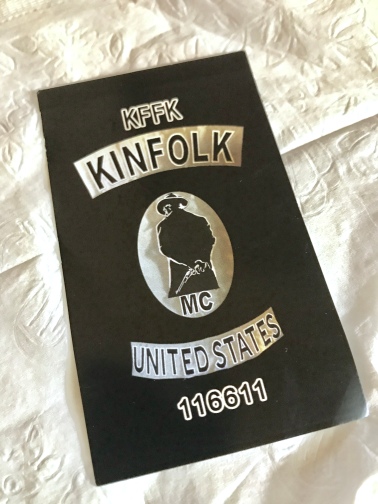 The rest of the route from Simi Valley, CA to Orlando, FL is undefined at the moment. I decided to pick a route each morning, splitting the rest of the trip into 3 days. This way I can avoid any potential Category 4 hurricanes, and any roads that were swept out to sea.

This site uses Akismet to reduce spam. Learn how your comment data is processed.