I’m combining Thursday and Friday, since I needed to catch up on some stuff.

Early Thursday I went to Grand Canyon Harley-Davidson. The picture at the top of this blog post shows they’ve got a very clever sculpture outside, made of a piece of rusting steel (the tree trunk), and what is quite likely stock pipes that never made it to the dumpster. Very impressive!

First, the new highway peg mounts and pegs I installed needed to be aligned properly. After 15 minutes the techs at the dealer had the highway pets in the perfect location for those long stretches of slab. Position is everything. 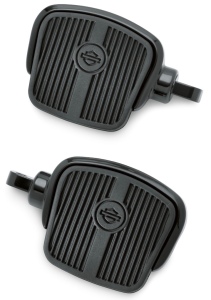 Next is my fucking clutch. I’ve been tolerating the issue (can’t shift into Neutral when stopped) since I had the apes installed. This time I asked them to adjust it *and* show me how to do it if I’m on the road and have issues later. Turned out to me easier than I thought, simply turn the collar at the clutch cable where it enters the clutch handle body.

Next was a trip to REI for supplies.

First, I needed to replace my new Goal Zero Venture 70 Recharger, as it turned out the one I bought was from a bad batch and wouldn’t hold a charge after a couple days. REI told me when I bought it, and said I can go to any REI if it fails, to get it swapped it no questions asked. Their word is gold, I was in and out in 10 minutes. 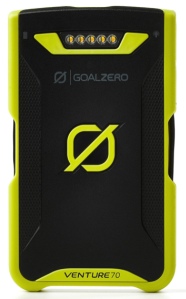 I actually would have been out in 5 minutes, but while I was there I bought a 40 oz Hydro Flask Wide-Mouth Vacuum Water Bottle. This will replace the cheap plastic water bottles that keep getting crushed when I attach them to sissy bar bag (basically I slide them through the nets and bungee cords).

I kicked off Friday with a great breakfast at a local diner, mmmmm…. 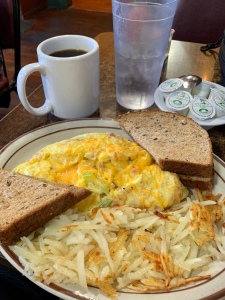 Walking back to the bike, saw a ride I’ll never ever try. Its a “Zip Line” (not “Zip Tie” as I mentioned in the video).

Thanks to a biker buddy, while I passed through Winslow, AZ, I went ahead and stood on the corner. I saw a flat bed Ford, but didn’t see the girl.

On Friday I planned to go to Santa Fe. If I’m luck I might run into Holly Holm and get a selfie! Um, I’ll pass on the head kick though. Update: the team are on the road, didn’t get to meet any of them.

On Friday I also had a chance to stop at Petrified Forrest National Park. Been there before, so didn’t bother spending too much time there. If you’ve never been there, its quite a fascinating experience.

The entrance has an awesome piece of petrified wood. Not sure I’d ever notice it if I found it out in the woods. Pretty amazing.

Window Rock has some awesome scenery, unfortunately I was late so didn’t get to do much more than take a picture. 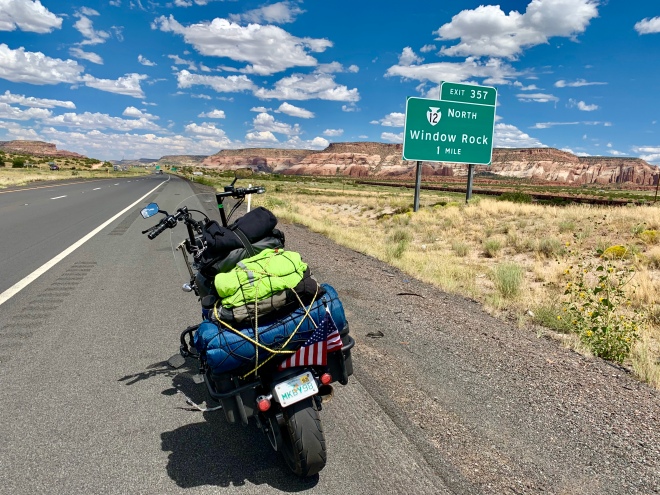 I really lucked out using the Hotels app on my iPhone. Since it was 8 PM, I looked for cheap hotels in Albuquerque, NM and found a $299 room for $60. As it turned out, the folks who booked weren’t able to make it. The hotel comped them half their cost, and charged me $60. 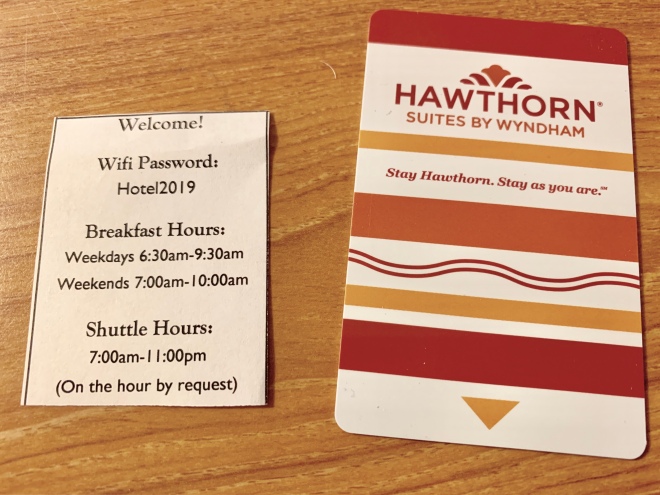 No route to post unfortunately…I accidentally deleted it. I remember it was 355 miles. I reached out to the Relive folks, to strongly request a way to “undelete” an event, they’re still recovering from their Strava falling out.