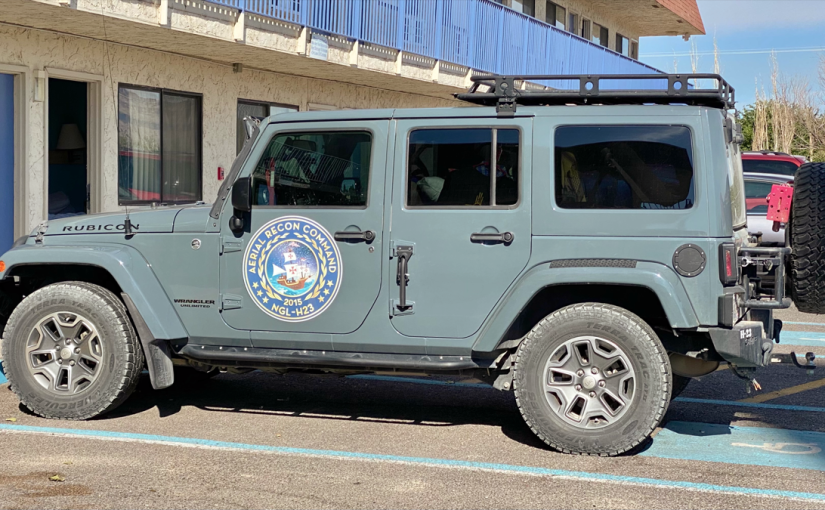 Today will go down as the greatest day of my life…I think I may have contacted aliens. I shit you not. This Jeep has strange markings that lead me to believe its driver and passenger (wife) are aliens.

The driver told me he is involved in the SETI project, and that he lives around Area 51. He MUST be an alien! Since his license plate is from Oregon, and aliens have no concept of “States” (heck, one would argue they have no fucking clue about borders).

The suspected alien’s wife was in the passenger seat, smiling like nothing is going on. That means she is an alien too! Remember what Elon Musk said:

“If there were aliens, I would know” said @elonmusk when he was asked by @joerogan about UFOs and Aliens. “If they are here, they are being very subtle.”

Proud to state I finally finished wiring the air compressor. I’m ready to wheel! That’s right, out of all the bits and pieces I bought, the part that made it all happen is my Big fireplace lighter. No heat gun? No problem. #flameOn