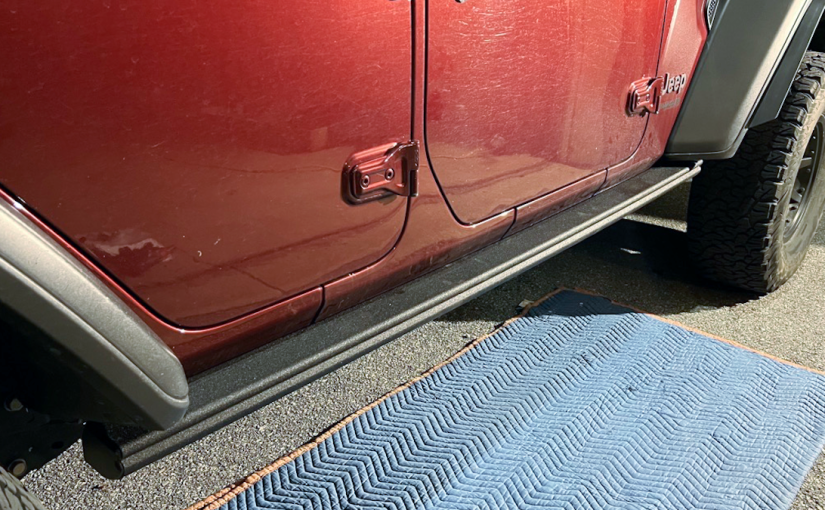 From the day I bought this 2021 Jeep Wrangler Unlimited Rubicon, I knew some day I’d get rock sliders that can be used as steps. So many third party solutions, but they all look so, well, third party. I wasn’t aware Mopar made rock rails that stuck out just enough to provide a step. That is, until I joined Ridge Back Guide Service LLC on last month’s MLO New England 2022 Trail Ride Series in Vermont.

One of the Jeeps was a two door Rubicon that had really nice looking rock rails. Not too far out, but enough to step on to get into the Jeep. I spoke to the Jeep’s owner and he told me they’re made by Mopar. I was surprised, since I never knew Mopar made them. When I got home I found the Mopar Performance Parts Rock Rails on the Mopar parts site.

They came in a few days ago. I was a little concerned that they mount to the body and pinch welds, and not the frame like most third party rock sliders do. When I installed them, I saw they mounted exactly like the stock Rubicon rock rails. Three bolts attach to the body, and six bolts slide through the pinch weld holes. So my concerns were off base, since the stock Rubicon rock rails took a real beating at EJS2022 in Moab, and didn’t cause any pinch weld or body damage.

Easy enough for a cave man to install, and they look good, and function well.

My next blog post will take a couple/few weeks, since I’m waiting for my Goose Gear Camp Kitchen to come in. I hope it gets here soon, it’s getting cold outside!